First off, happy Thanksgiving to all our friends in the US celebrating tomorrow! We’ve already started getting ready for our CHKN Team feast…

Step 1: Finding the right turkey… or is it TRKY?

Before we’re full of way too much food, we’ve put out an update to Pre-Release with more improvements as we prepare to push to the Live branch. (Note that your previous Pre-Release saves are invalid and won’t load.) Patch notes are below and, as always, bugs are expected in these work-in-progress builds so we really appreciate your help testing and reporting feedback on the Pre-Release forum. * If you’re not familiar with Pre-Release, it’s the unstable developer branch we use for testing new stuff. More info here.

If you’re not a Pre-Release tester, check out this video for a look at some of the features and updates coming to the Live branch!

We’ll also be playing the Arena on our developer live stream today, Nov 21st @ 3:30 EST on Twitch and YouTube. Come hang out! Help us build creatures and see who comes out victorious. 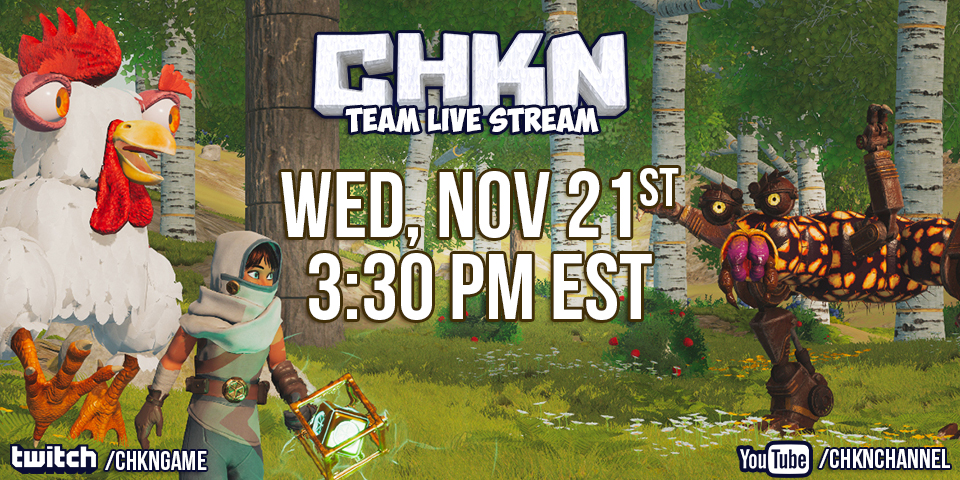 Thanks for helping us test all the new updates! Keep those bug reports coming and let us know what you think of the new features.