Hey, everyone. We’ve got patch notes for you for the latest Pre-Release update. Since Pre-Release is work in progress, bugs are expected and we could really use your help testing. We appreciate any bug reports and feedback you send our way on the Pre-Release forum. 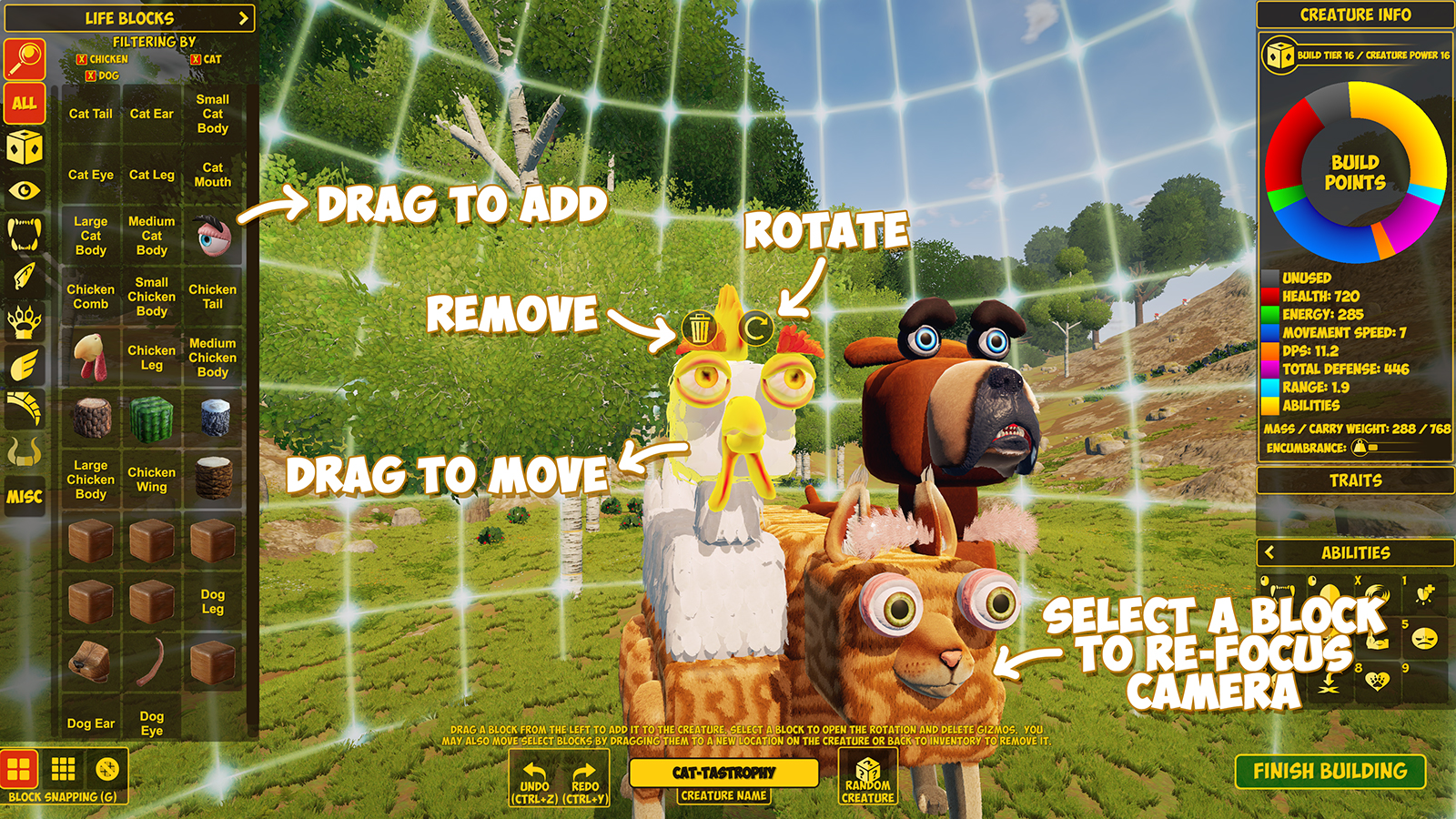 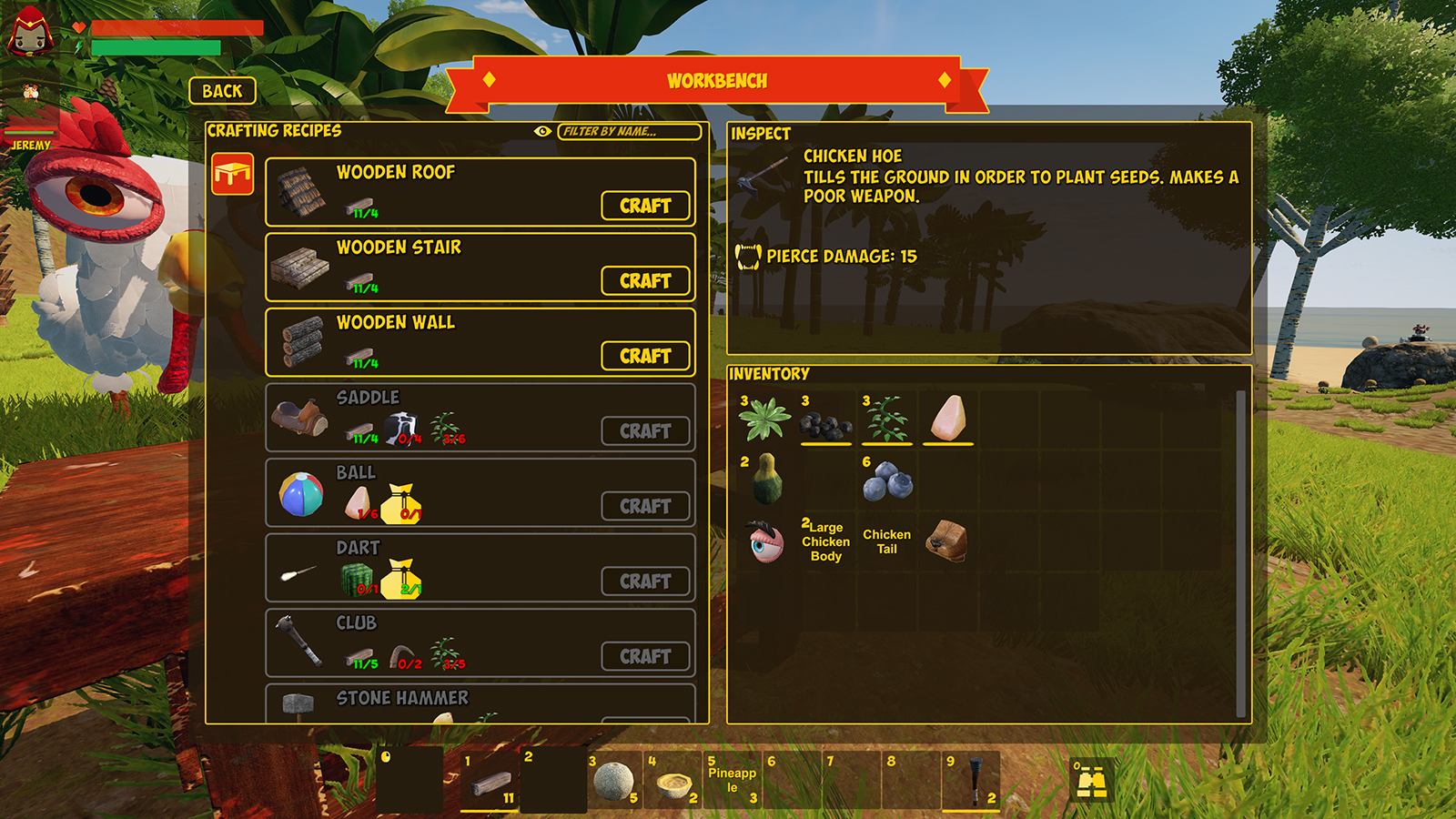 Crafting tools and wooden structures at the Workbench. 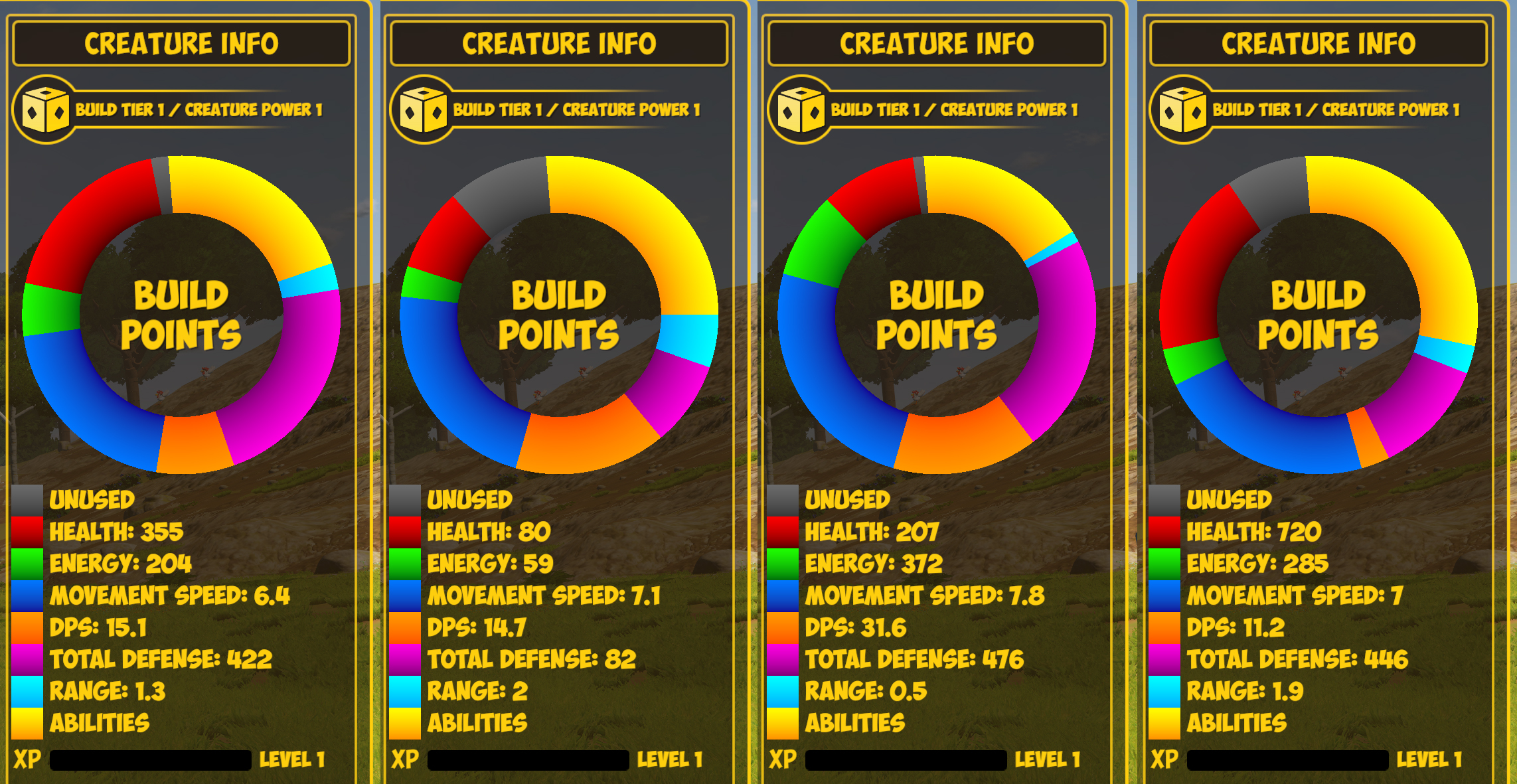 The stats breakdowns of four different creatures. Stat breakdowns change depending the Life Blocks you build with. 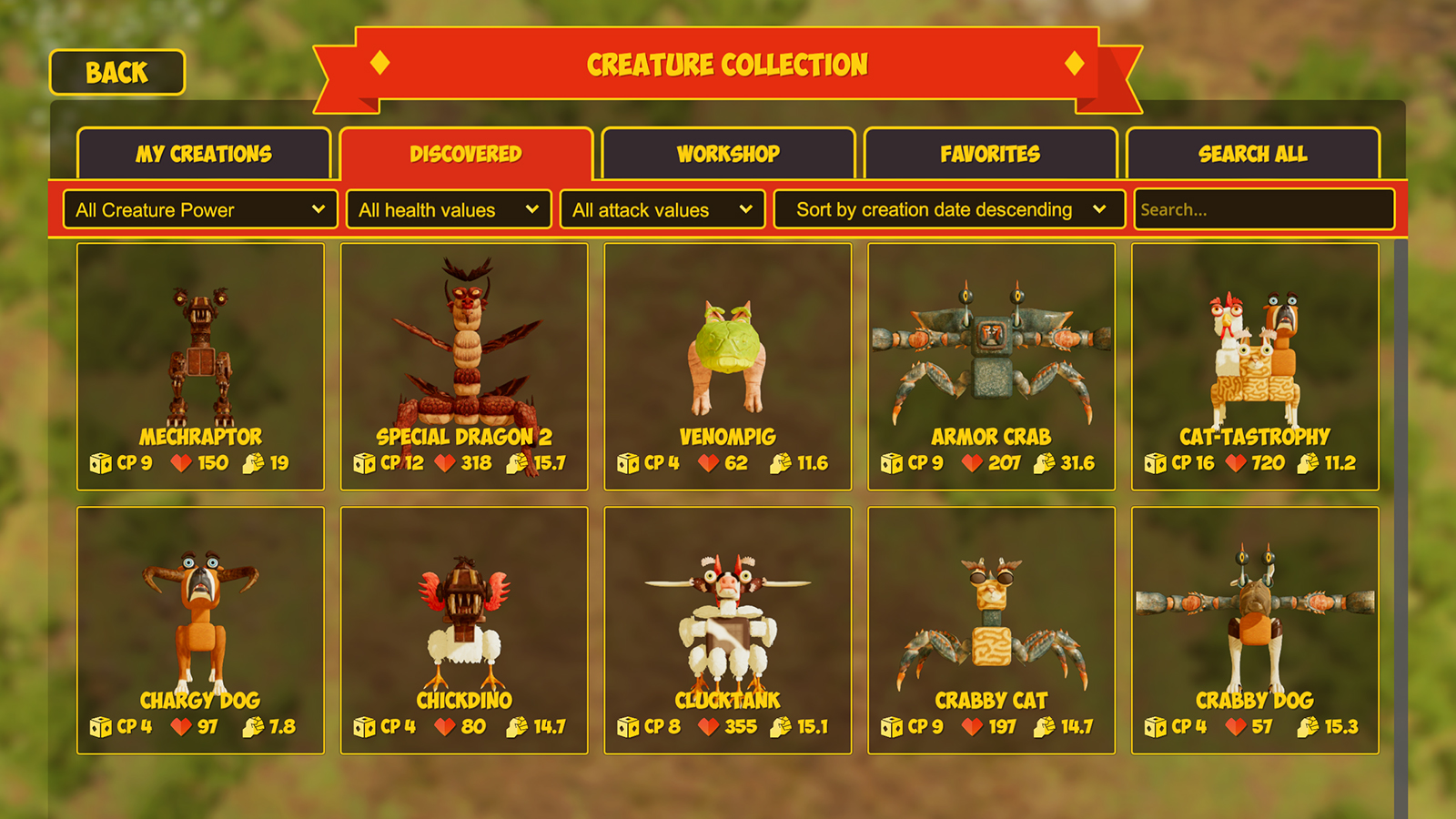 Choose two with similar CPs and see who wins!

Hang out with Brett this Tuesday, July 24th @ 6pm EST for his next CHKN livestream! He’ll be pitting creatures against each other in epic Arena battles and building new abominations to challenge. Follow BrettUltimus on Twitch and come back on Tuesday to watch the stream.

We’ll see you there!