Be a master CHKN survivalist with the new Journal features! Plus new crafting stations, cleaner and clearer UI updates, and more. Patch notes are below and, as always, bugs are expected in these work-in-progress builds so we really appreciate the reports and feedback you send our way on the Pre-Release forum. 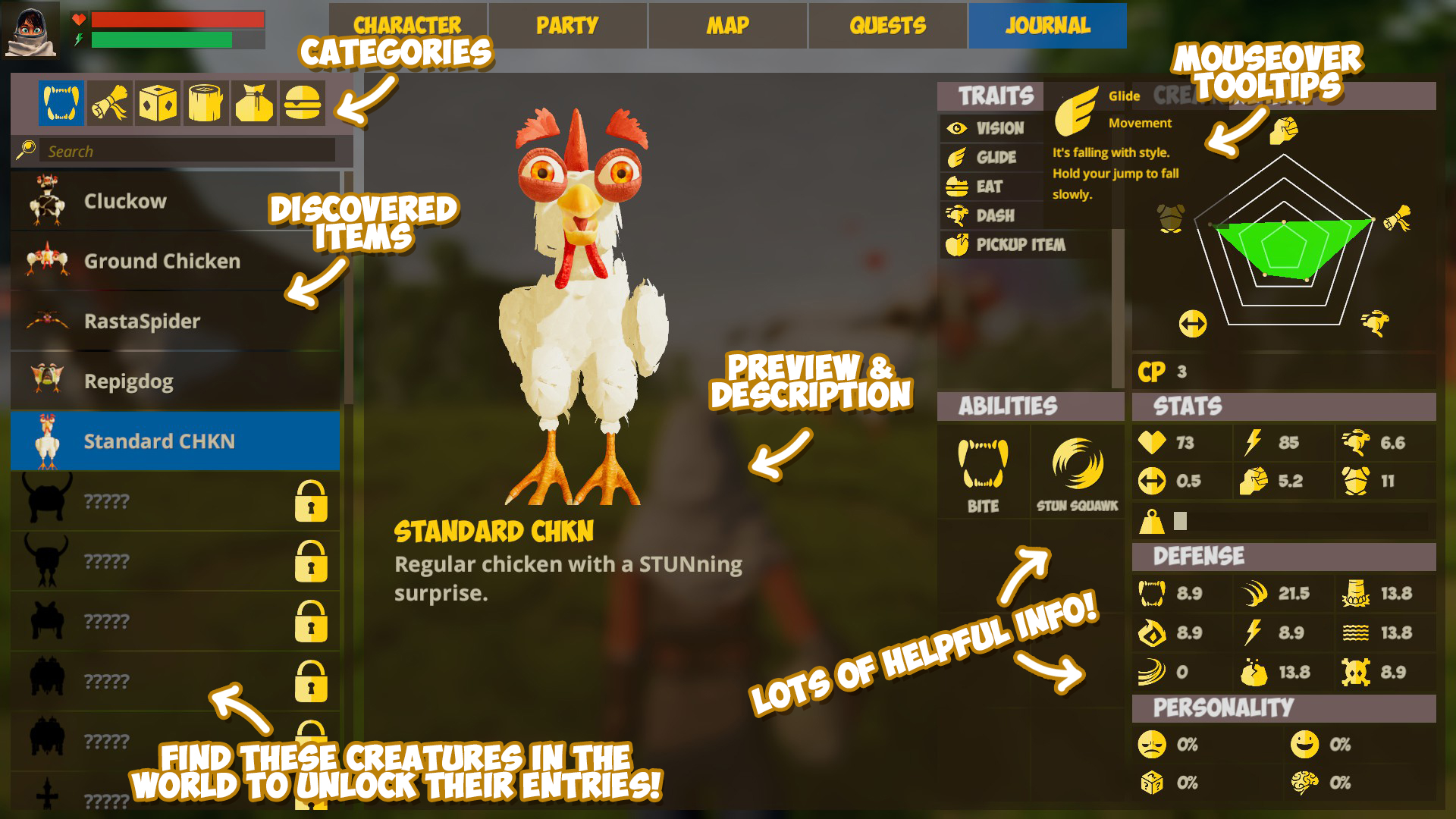 Get all the info you need on a creature you’ve found in the world, or check out any other item you’ve discovered using the categories on the left. 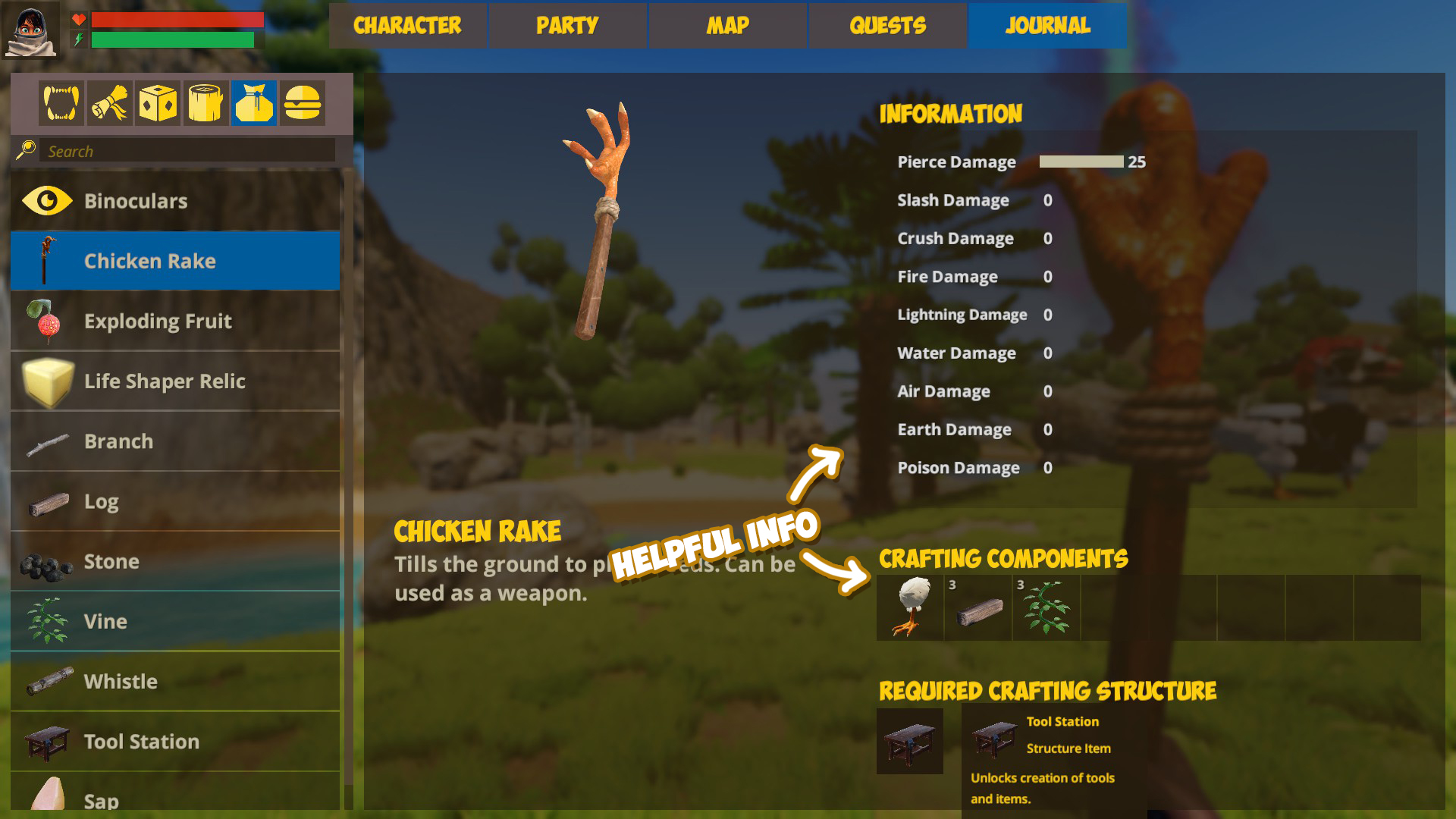 Handy Chicken Rake info in the Journal. (Handy. Get it?)

Thanks a bunch for helping us test! We hope you like the Journal and Adventure changes. We’ll have another Pre-Release update for you next week.