Huge thanks to everyone who entered our inaugural Creature Design Challenge: Bosses! We had a tough time choosing but ‘tis the life of a CHKN scientist. If you didn’t win this time, don’t worry. We want to fill CHKN with all your awesome creations so we’ll have another design challenge for you soon.

These are our choices. We also want to hear your votes in the comments below so we can put your favorites in a future release! Let us know which creatures you’d love to fight against (or even just run across) in CHKN. 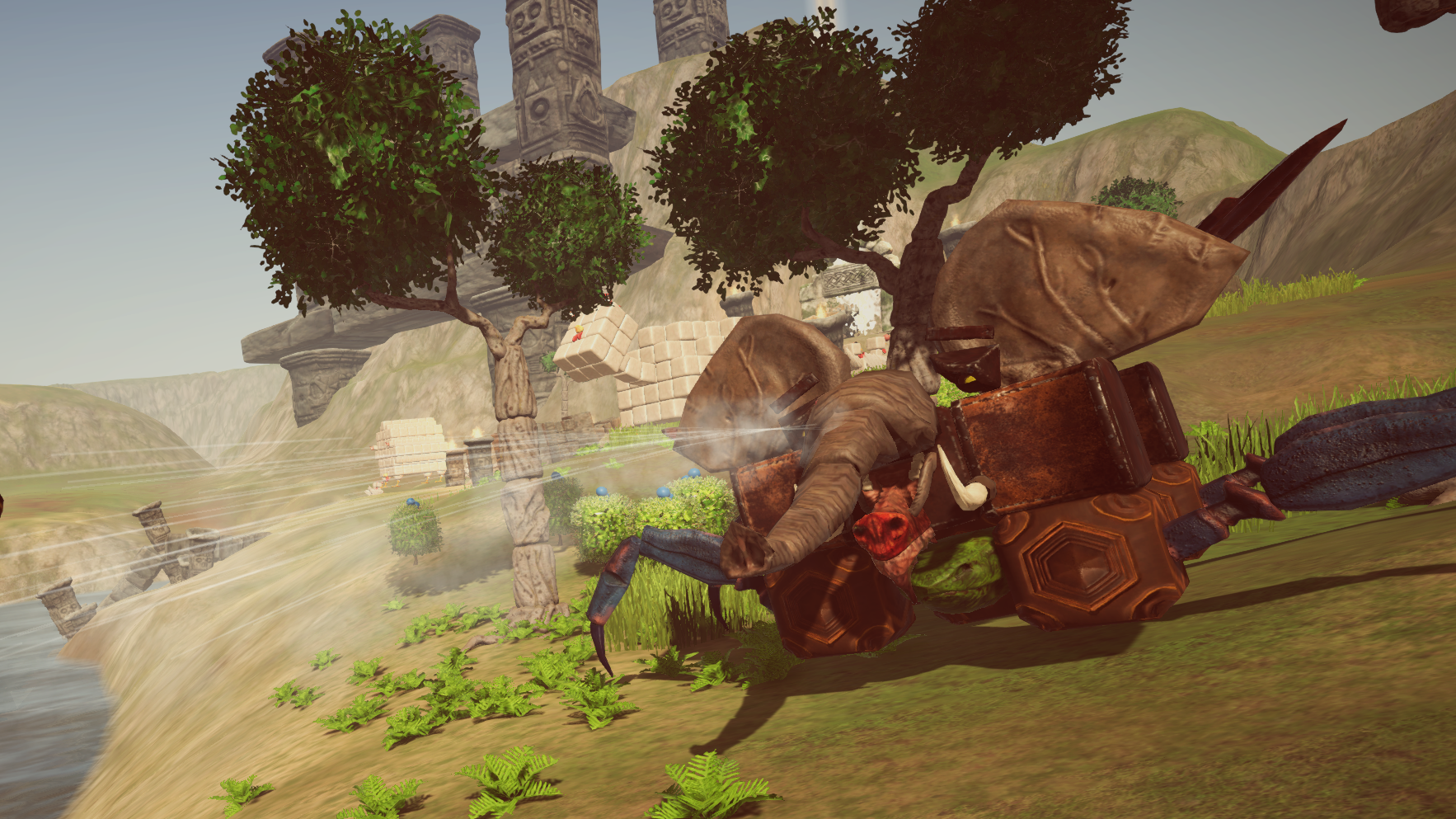 Runihara is definitely a creature we don’t want to run into while exploring, which is why it makes an excellent boss creation. Looks and functions great in-game? Check. Quick and scrappy? Check. High health and DPS? Check. Multiple abilities? Check. Tough and fun to face off against in a fight? Double Check!

Congrats, Ultimate Oddball! We’ll be adding Runihara Thanatos to the game in a future release.

These creatures were also really fun to fight and look great in-game. Plus they kind of give us nightmares. Congrats to ramenhar and Jelly Butter!

Cow spider by ramenhar will come at you quickly and then there’s fire everywhere. Fun to fight against, and frightening but also kinda cute somehow! 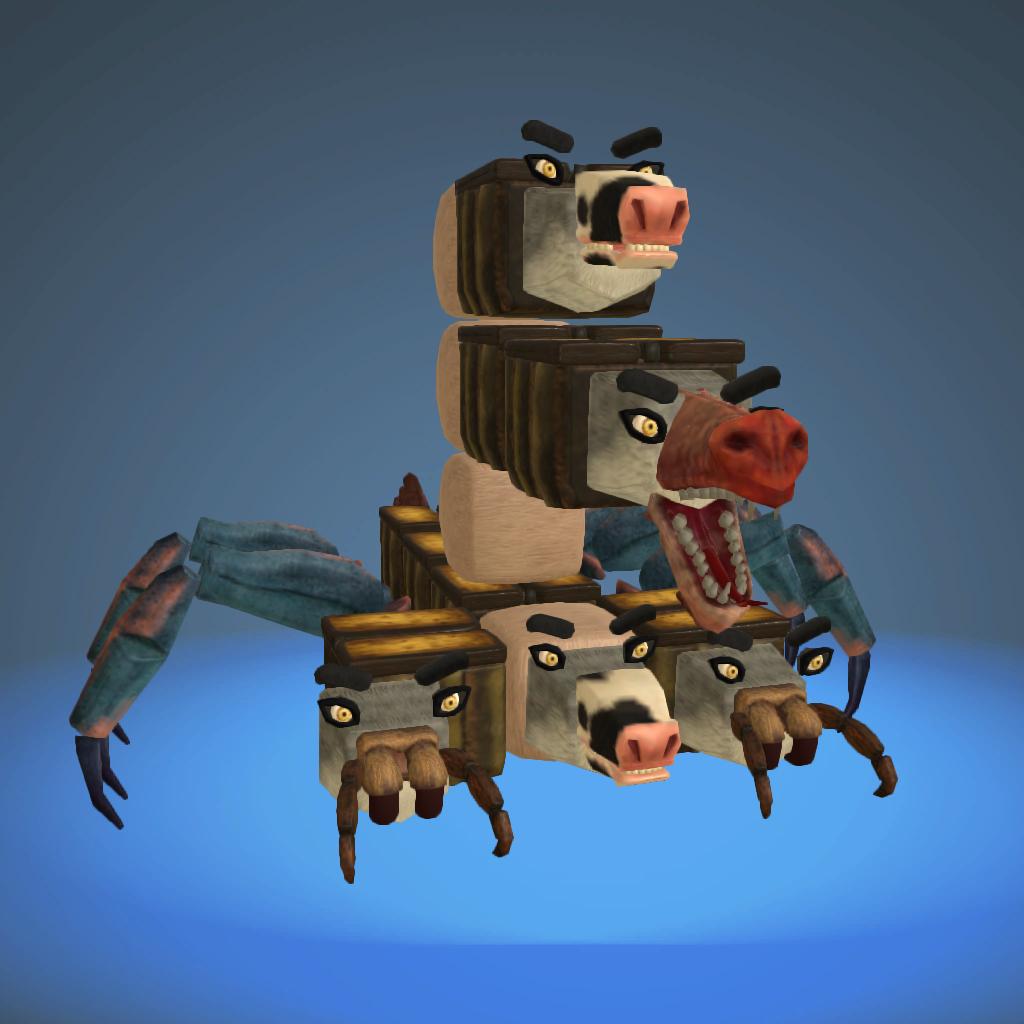 Arms by Jelly Butter has an amazing strike attack that’s very effective. It may seem like a hug at first but don’t be fooled. Pro Tip: dodge and weave!

These are some great submissions that we loved for their own awesome reasons.

Weirdest entry goes to Hugh-Man by Rowdyruff Muffin. We mean that in a good way, as you can see in this screenshot from its Workshop page. (Rowdyruff’s other entry, Bubblebert, is also weird-in-a-good-way. Check that one out, too.) 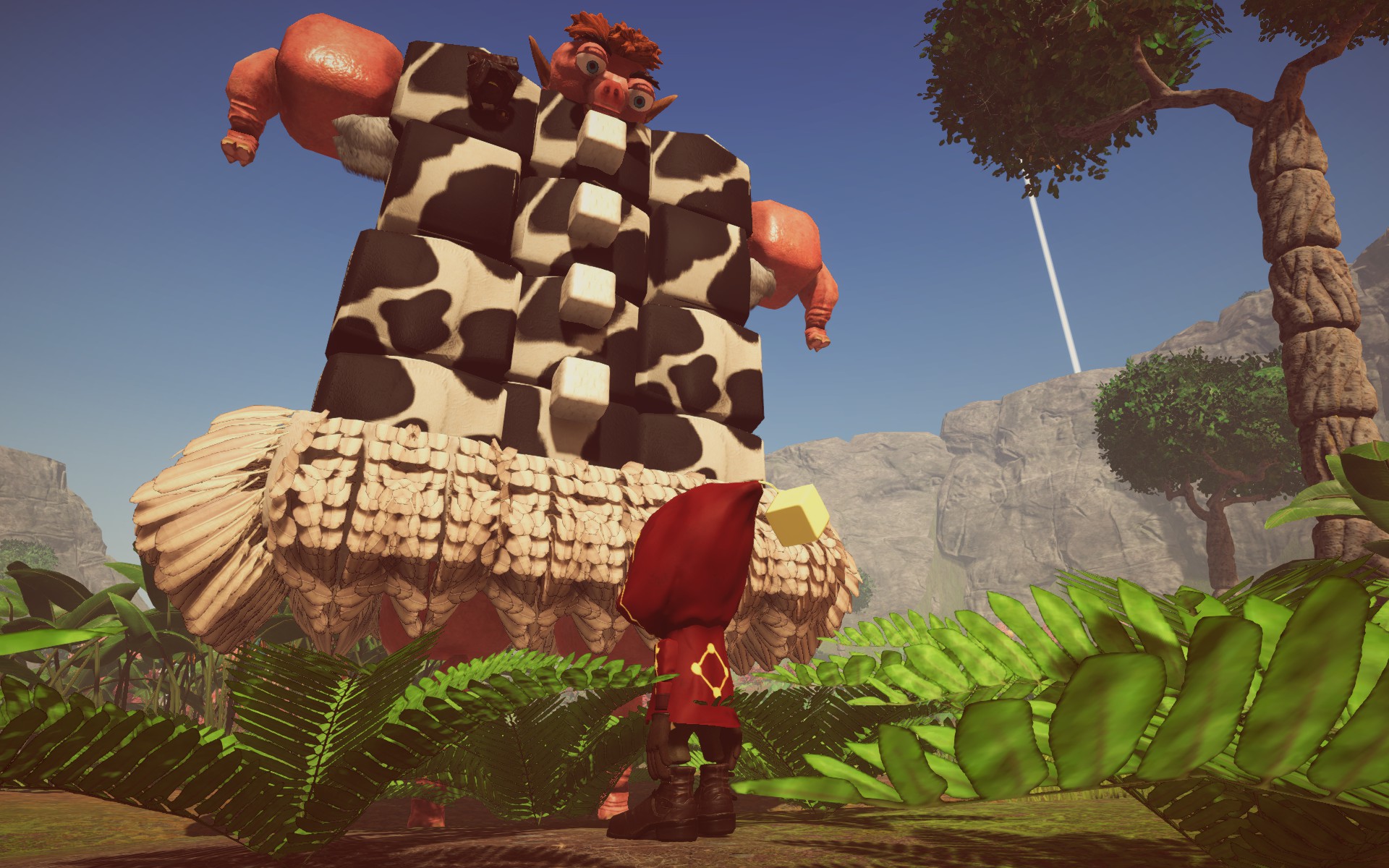 Crawly abomination by squidking was definitely the creepiest. Load this up in your game and then run away screaming. Or tame it if you’re not afraid of spiders… but who’s not afraid of spiders!? (Squidking also has three other great entries so be sure to take a look at those!) 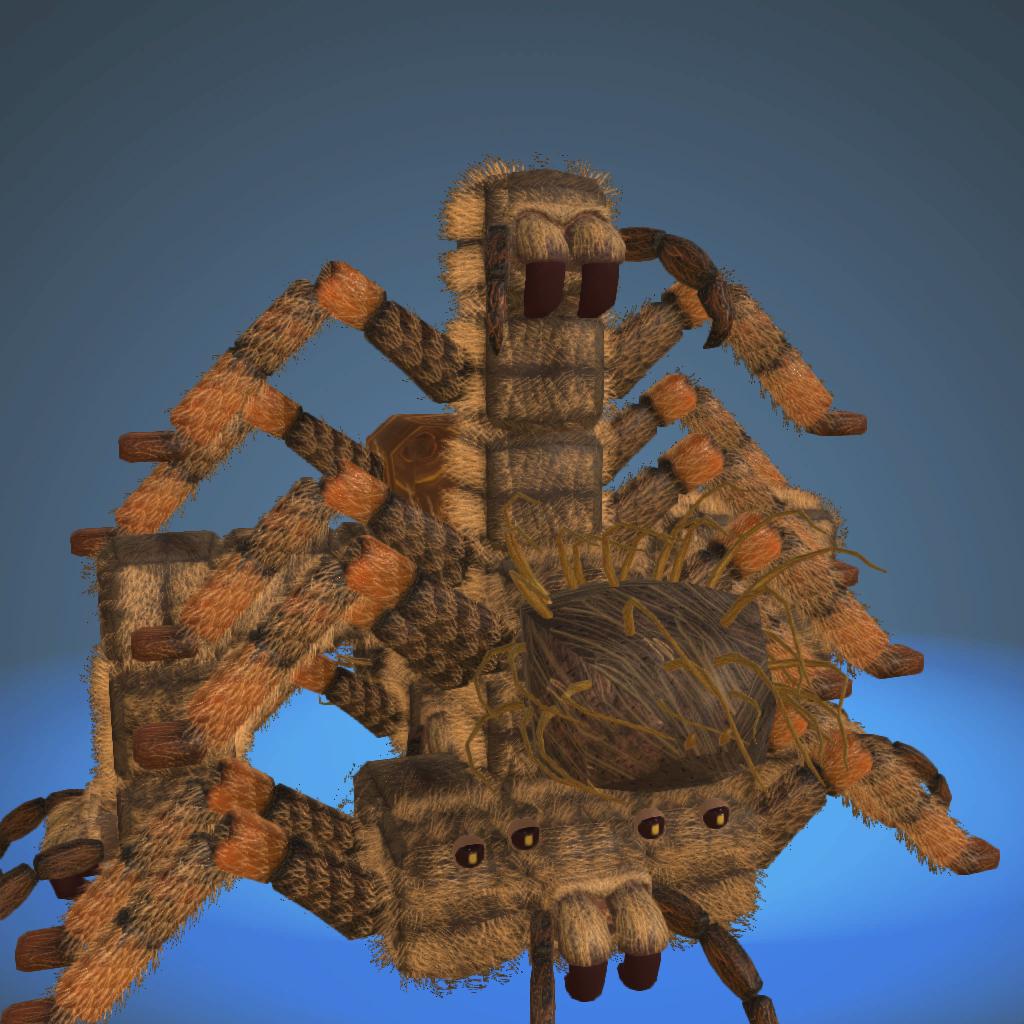 Scorpion Mech by BarinAsh isn’t very effective in a fight but it just looks super dang cool. Very creative use of these blocks. (BarinAsh has a whole collection of amazing mech replicants if you like robot creatures.) 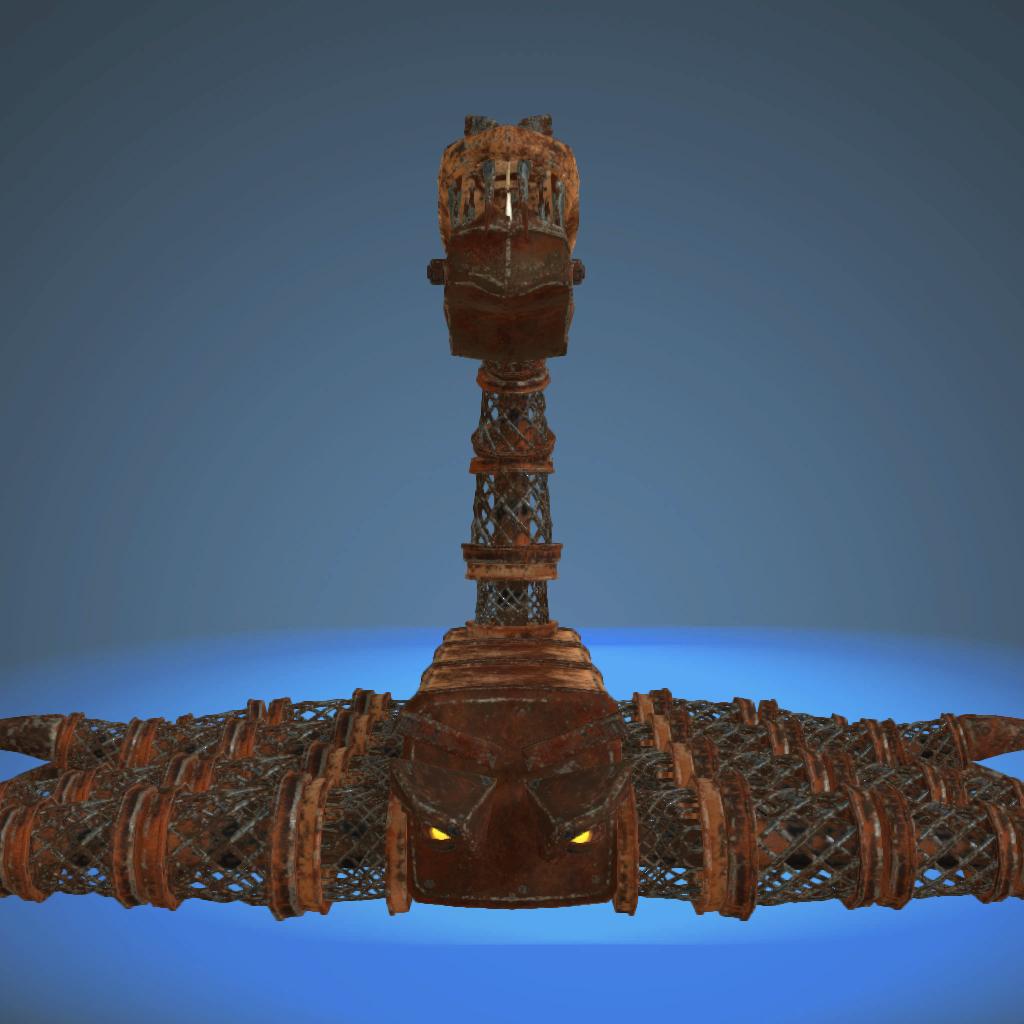 We underestimated Fuzzy Hairder by Lordofd. We thought fighting this thing would be easy. We were wrong. And it has a great ‘do. 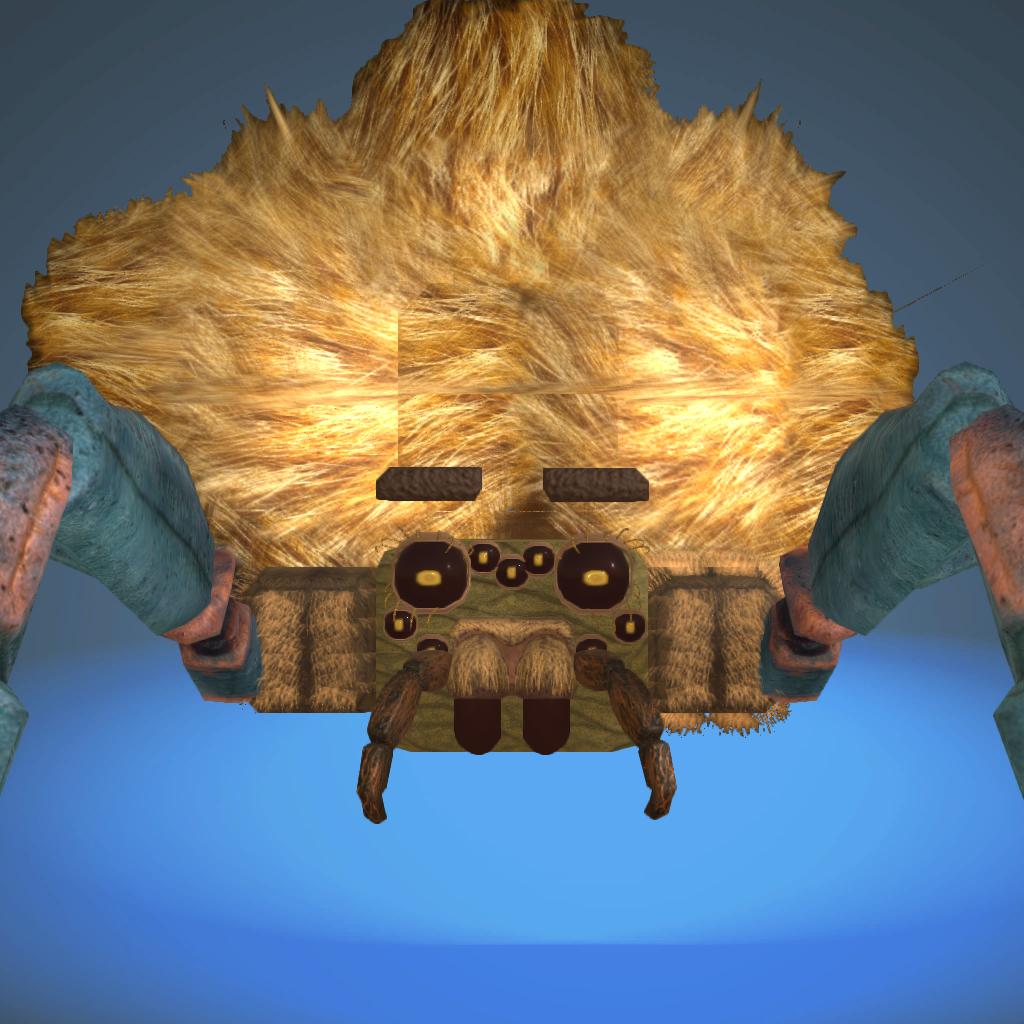 Cerberus by Crystalseeker is actually really deadly but… dawwww. It’s so cute! Tame this and you’ve got an excellent battle companion. 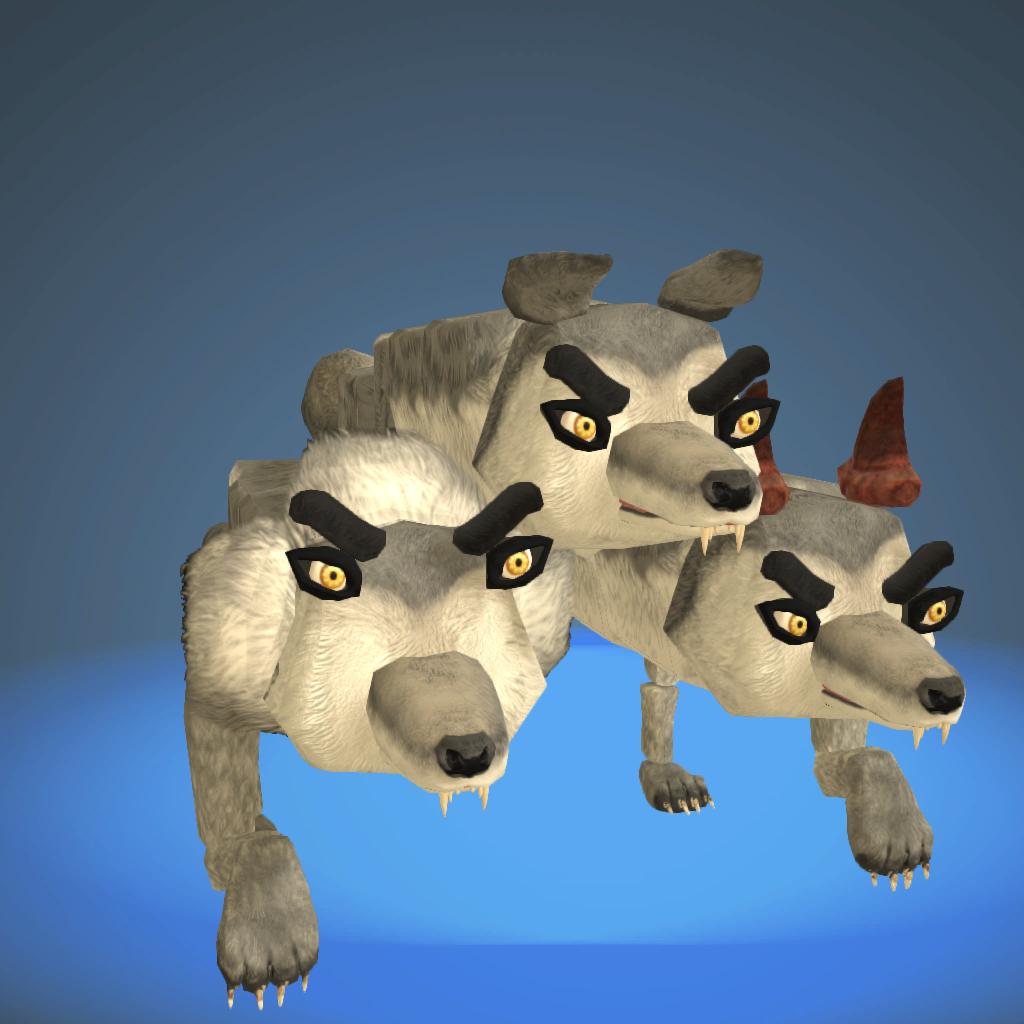 Put a saddle on The Block by Tycothepug and you have a really great battle mount. Try it out! The attacks are very effective. (And try out Tyco’s other creative entries while you’re at it.) 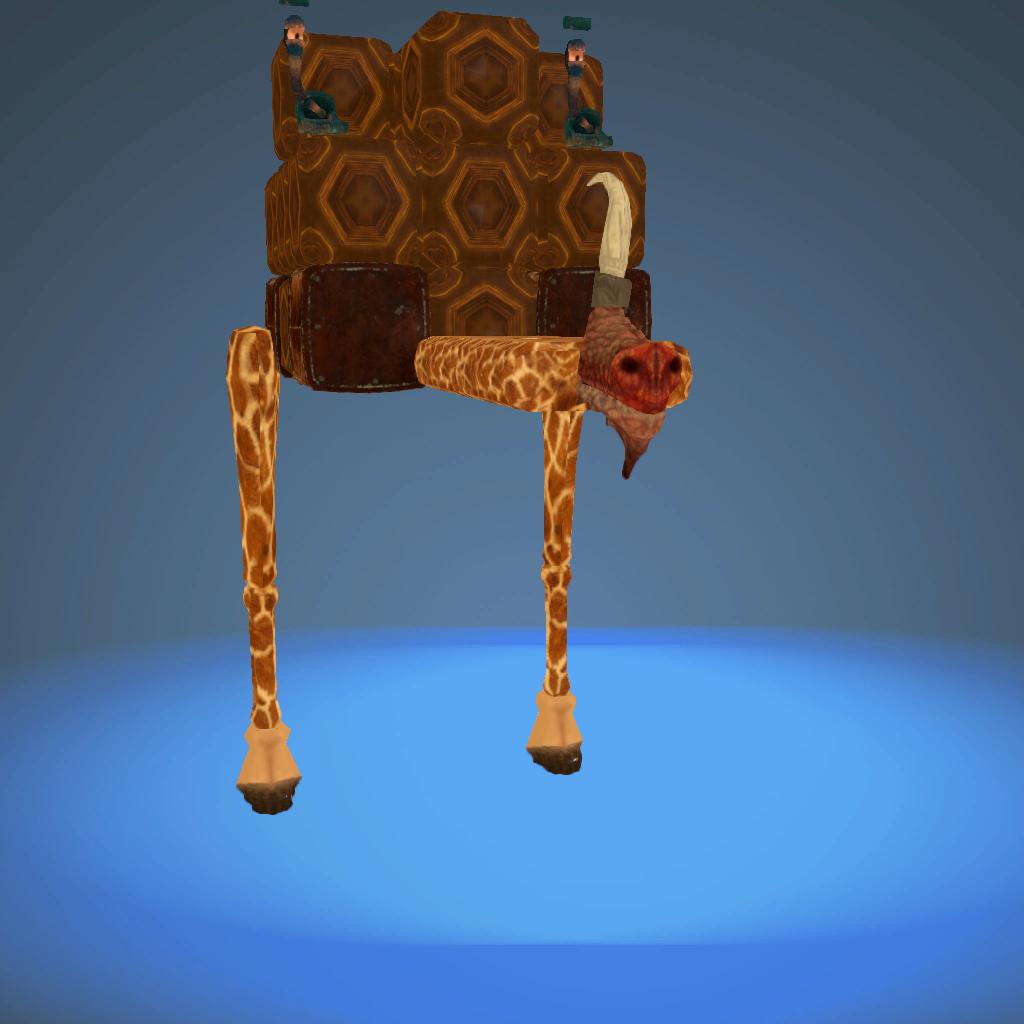 We did not expect a Nail Clipper by STEVEBILLYBOB. It somehow matches its name perfectly, plus it’s fun watching it try to attack with both mouths. (We’ll work on that back neck functionality!) 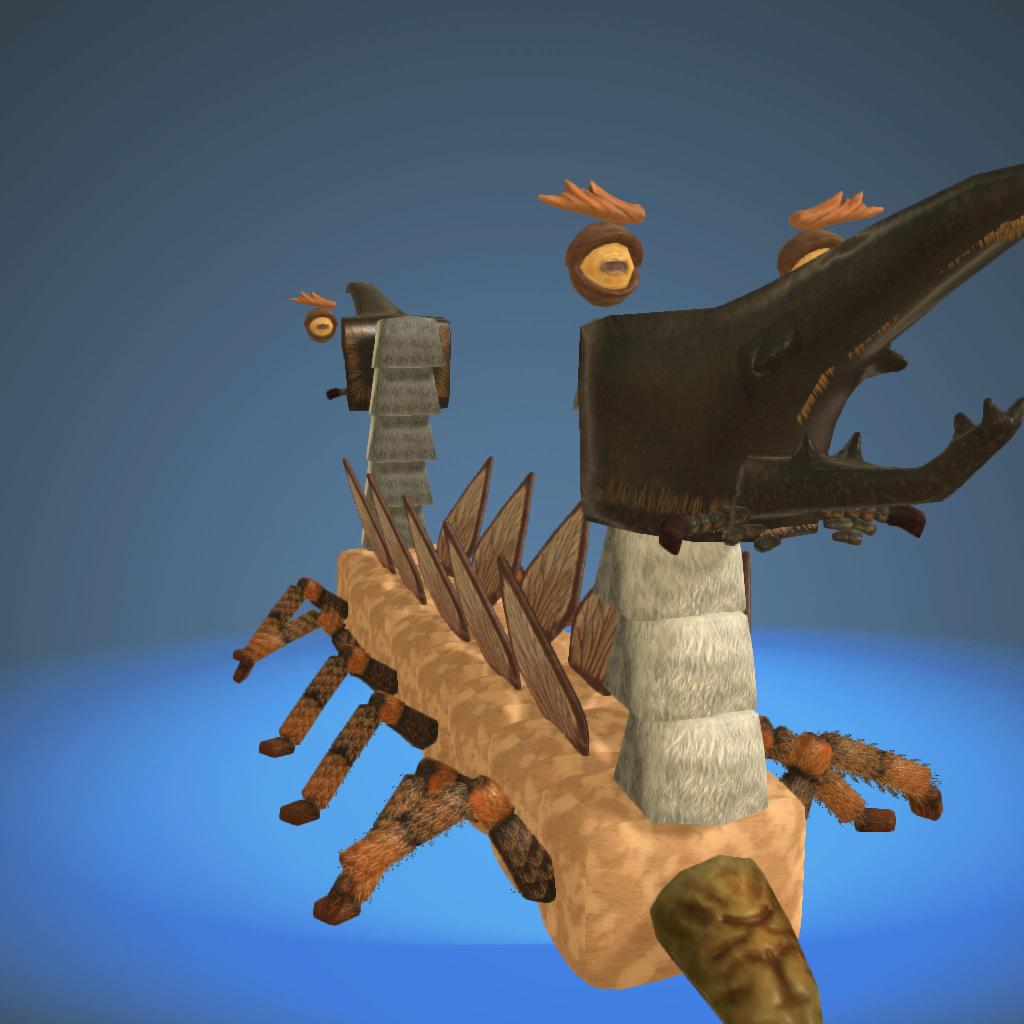 And finally, in the “Pfft, Rules Schmules!” category, SpyCakes, ardutton, and JuliaAiko went over the orb limit but we had to show off their creatures anyway.

The Land Kraken by SpyCakes was just over the orb limit but it’s a beast with both poison and ink shooting. Watching it glide around with its carefully placed octolegs is mesmerizing. 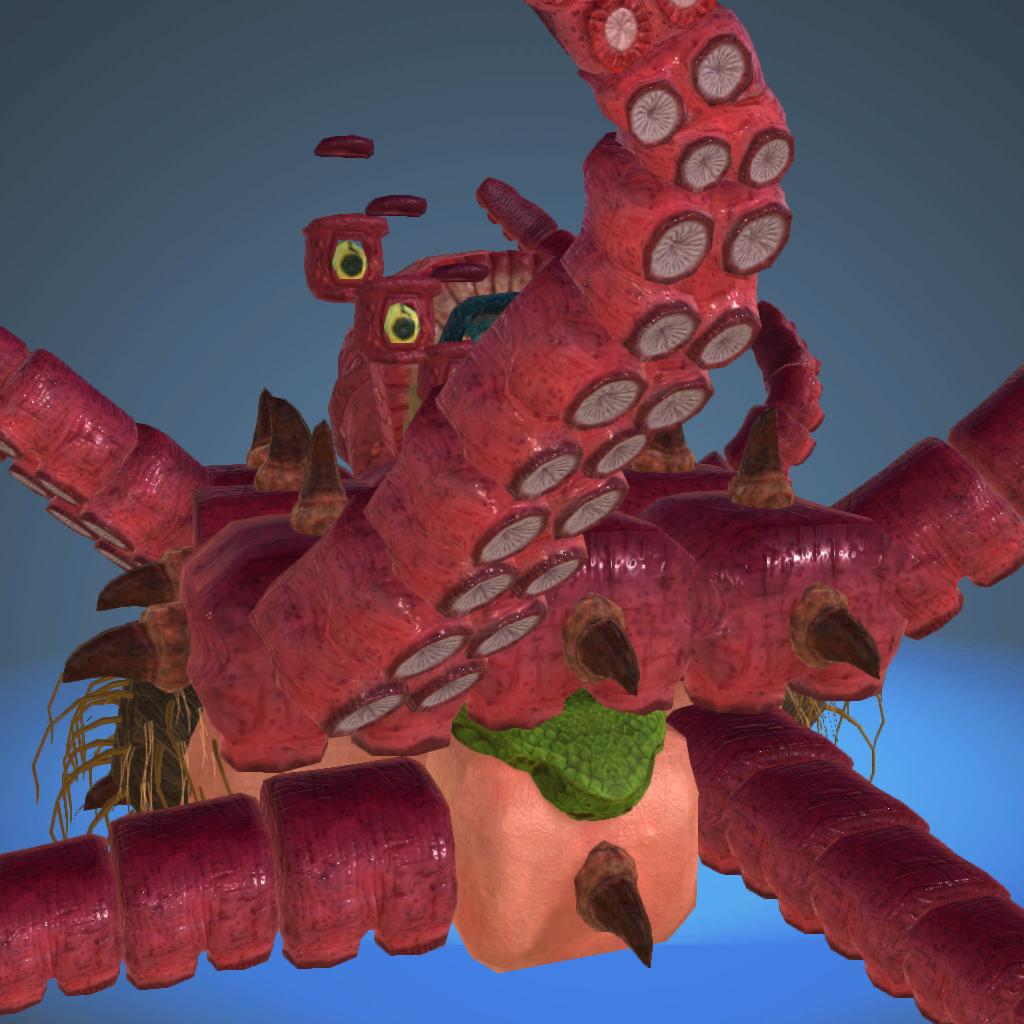 Potoooooooo by ardutton is a merciless charger, who also looks great with all those feathers. Probably keeps it nice and warm in the winter, too. 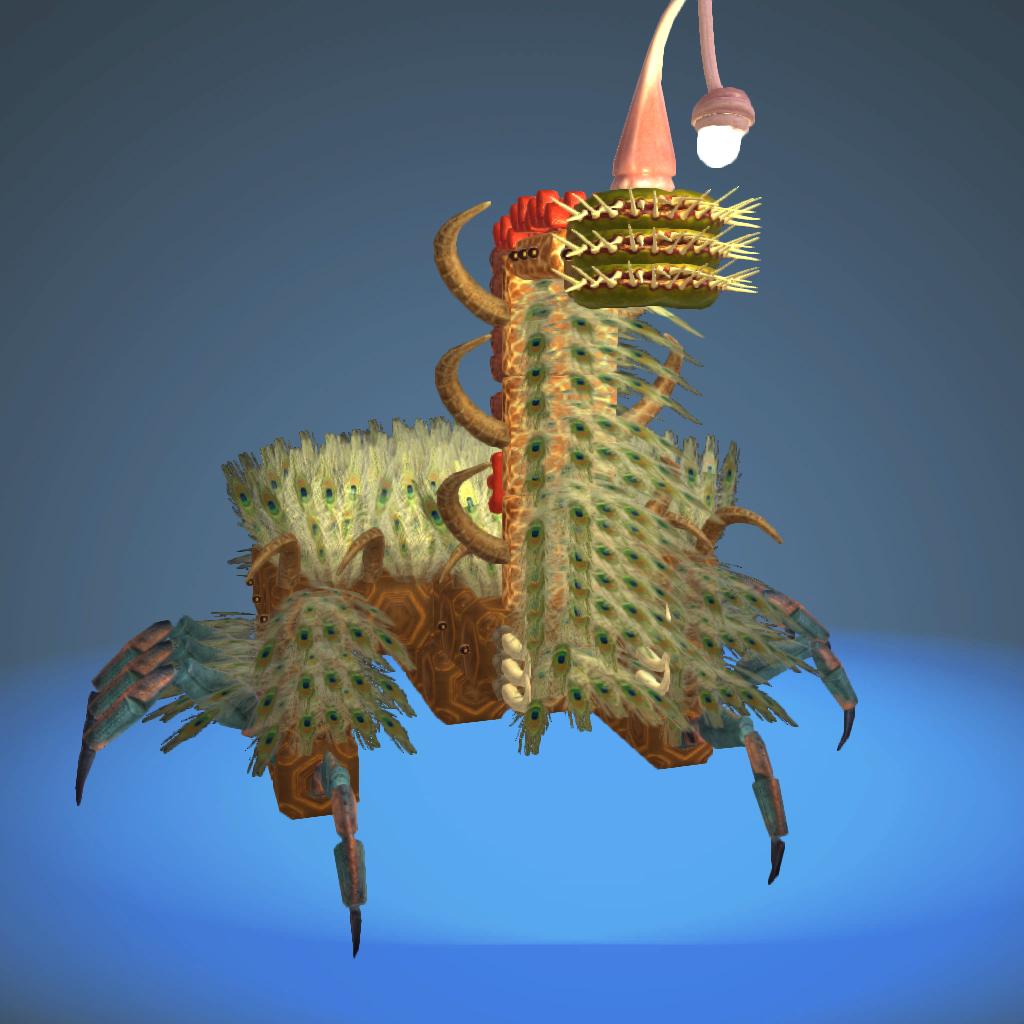 And this is Boss Creature by JuliaAiko, the fluffiest T-Rex. Not sure whether to run away or hug it. Many points for creativity. 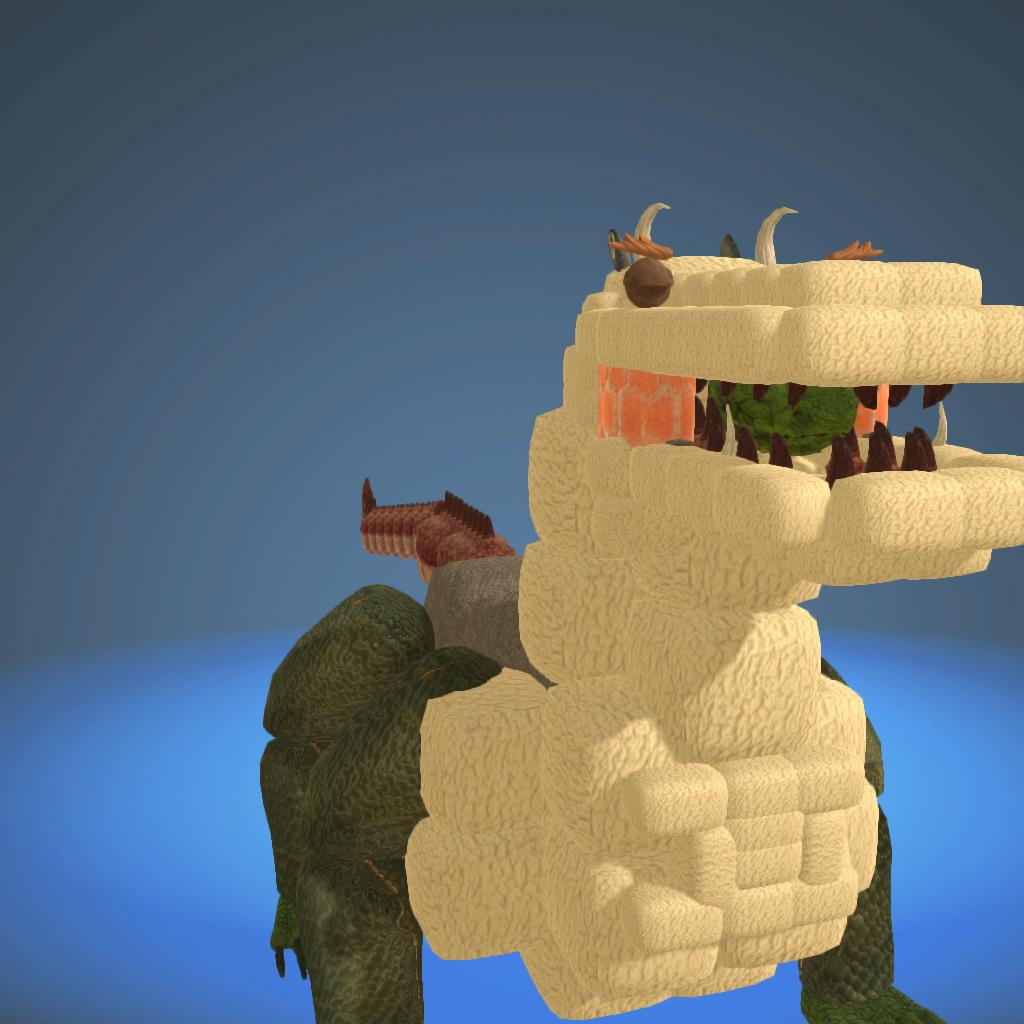 (Looks like we need to work on screenshots for larger creatures too, whoops.)

We showed off the winner and runners up in our live stream earlier today and explained more about our choices. Check out the video on YouTube to see them in action!

If you want to try out these creations in your own worlds, make sure to subscribe to them in the Workshop. You can use the links above or here’s a handy collection of ALL the submissions for you to play with:

There were some other really great entries that went over the 2400 orb limit rule or weren’t boss fight material even though they looked really cool, etc. We included those in the list anyway. We’re definitely saving some of these to add to the world in the future! 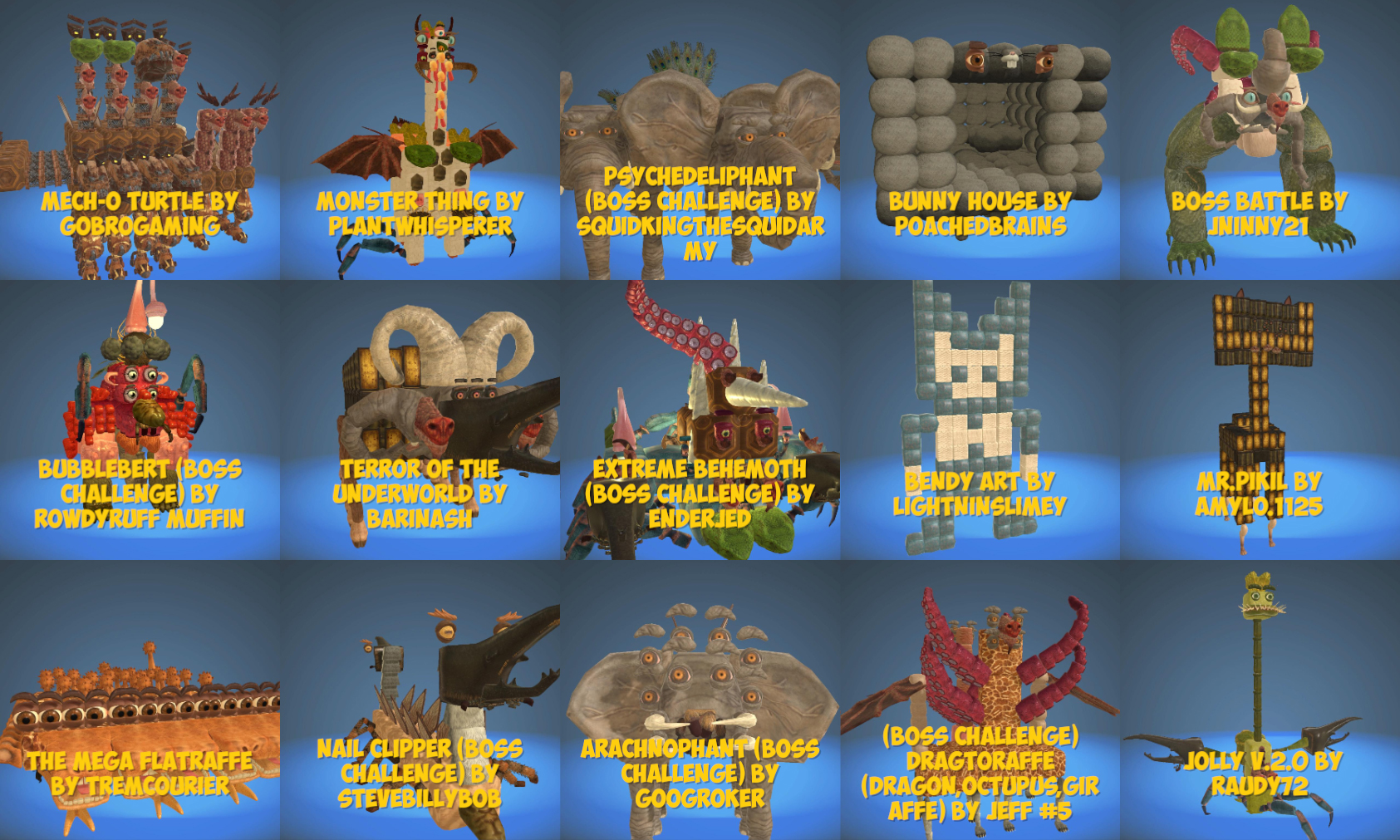 Don’t forget that you can always share your amazing creations to the Workshop by using the menu in game. Just hold [E] and select “Save to Workshop”.

It was a lot of fun looking through all your great entries. We hope you had fun creating them! We can’t wait to see what you build for the next challenge.