But we’re also pretty busy here at CHKN HQ! The team has been hard at work since our last post so we wanted to give you a quick progress report. Here are some updates on a few of the things we’ve been working on.

Roman’s been rebuilding the island from the ground up (based on the new map) and it’s coming along nicely.

The first step was mapping the… map. Things were plotted with the basic terrain, like the fissure running along the middle and the volcanoes on the “toes” of the foot shape. Here’s an aerial view of most of the new island, taken from off-shore near the starting zone.

The next step is adding detail: vegetation, resources, wild creatures, ruins, and all the other interesting things scattered around the island. Trees have started going in and clouds have been added. Then Roman climbed up on a cliff to admire his handiwork so far.

Foot Island, as it is affectionately known, is quite a bit larger than the current island so we also ran some tests to see how big it is in terms of time. It takes about an hour just to walk, non-stop, from one side to the other, climbing hills and up volcanoes and across the fissure. Once there are wild creatures and poachers and secret caves and ruins to find along the way, it will take quite a while to explore the entire island. It’s huge!

We might have cheated and set the avatar speed really high for our timing tests. Don’t tell anyone.

The gang has also been working together to bring the avatar’s arms into view in First Person mode, so you can better see what items you’re holding and use them more effectively.

Kevin and Ashley are working on the art side, making higher resolution textures so they look better close up, rigging everything, and animating for each action, refining as they go along.

Textured arms and progress on the slingshot animation.

Once everyone’s happy with how the animation for using a particular item looks, they move on to the next one. Meanwhile, John’s started adding the finished ones to the game.

He’s also been working on a new command system that’s more specific and easier to use. Aim at the target, click, and select the action you want. No more accidentally sending your creature to attack instead of harvest!

You might also notice that the avatar has items in both hands! John’s working on a left-hand slot for tools as well, so doing things like commanding your creature during an attack while simultaneously joining in with an axe will be no problem. Or maybe you have a torch in your left hand and a dart gun in the right. Handy for those nights when you want to actually see what’s trying to kill you.

You could even put a dart gun in each hand and give poachers a double dose of their own medicine.

Greg’s been hard at work optimizing different areas of the game. For example, he’s currently working on optimizing the creature physics and animation systems to support more active creatures at once. This also allows creatures to walk smoother, connect to the ground, and move more realistically with updated physics.  (There’s been a lot of talk about legs around here lately!)

That’s mostly back-end code and a lot of math, but he also did a performance test after some optimization changes…

They’re chickencats with no heads so it’s a little creepy, sure, but don’t mind that bit! The good part is that there are 41 creatures on the screen at the same time and it’s running smoothly at 30+ frames per second with no lag or dropped frames. Much better than a max of 8 or so creatures. This means optimization is coming along well. Yay!

These are just some of the things currently in progress and we’ll have more to show as we get closer to our November launch. We’re pretty excited to share as we add things so we’ll be sure to keep you updated. What do you think of our progress so far? If you have any thoughts, feedback, or questions for us, leave a comment. Our forums are always open, too!

P.S. The folks over at Adult Swim’s Lunchtime Games have been playing CHKN on their livestream and they’ve issued a challenge to CHKN fans! They want to hear your crazy creature combos so they can try to recreate them on their next episode during NY Comic-Con.

You can submit your ideas (by name, like “Llamacatmechtopus”, or a drawing, or however you like) by posting over on their Facebook page. What’s your craziest creature combo? Submit it to them and let’s see if they can build it! 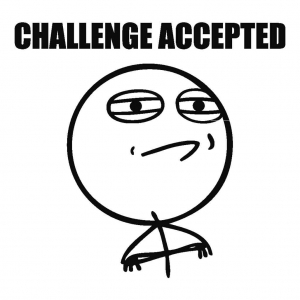 And if you’re curious what an abomination made out of as many goat parts as they could possibly fit on one creature would look like, you can check out their latest CHKN episode.