Hey, everyone! It’s been a busy couple of weeks here at CHKN HQ. The team has been deep in planning mode, deciding what to add to the game next with the help of your feedback, and we’ve come up with some exciting stuff we hope you’ll like. There’s quite a bit to share with you today so let’s get to it.

As mentioned in our last Dev Log, we’re moving up from the smaller content updates we’ve been doing over the last few months to larger feature updates. With this new schedule, we can focus on improvements to the play experience (like lag/performance) and roll out bigger chunks of the game. We’ve got a lot of stuff planned on the way to CHKN version 1.0 with the first release coming in November.

So many new features…

This does mean that there will be more time between releases for a while but please don’t fret! As always, we’ll keep you posted on development and how things are going throughout. Our Trello Roadmap board has gotten an overhaul and will also stay updated so you can see what we’re working on whenever you like.

New Map, New Features, and a Bit of Mystery

We’ve already got the next big update all planned out and there’ll be lots of new stuff for you to do when it’s released. Too much to list so here’s a preview.

Not only is the island getting quite a bit larger, but there will be new things to discover as well. 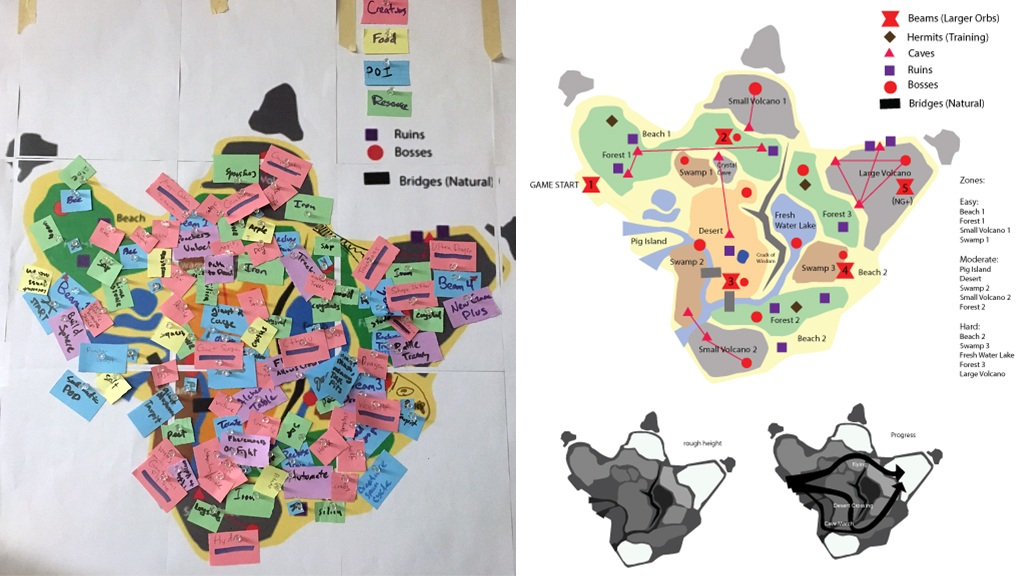 The whole map will be released and populated with familiar wild creatures to conquer starting with the areas in the top left (NW) section of the map for the first  update. We’ll also have two new creature types (termite and bee), bosses to defeat, a crystal cave, multiple biome types, something called ‘Pig Island’, and even some mysterious ruins to explore. 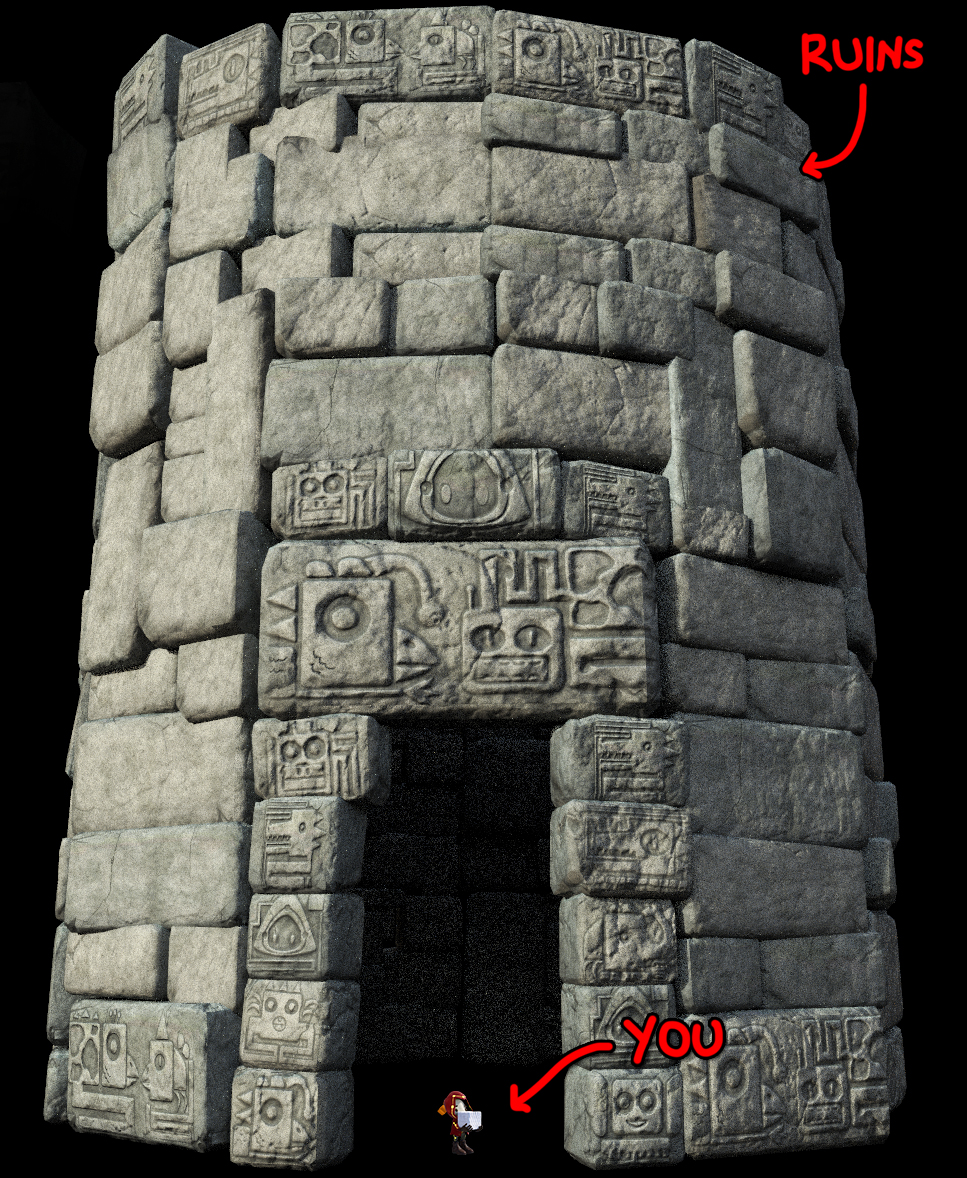 We also want to solidify the core gameplay loop in Survival Mode for this update, which is the basic flow of the game, so you can feel like your creatures are more useful and you’re all getting stronger as you play. 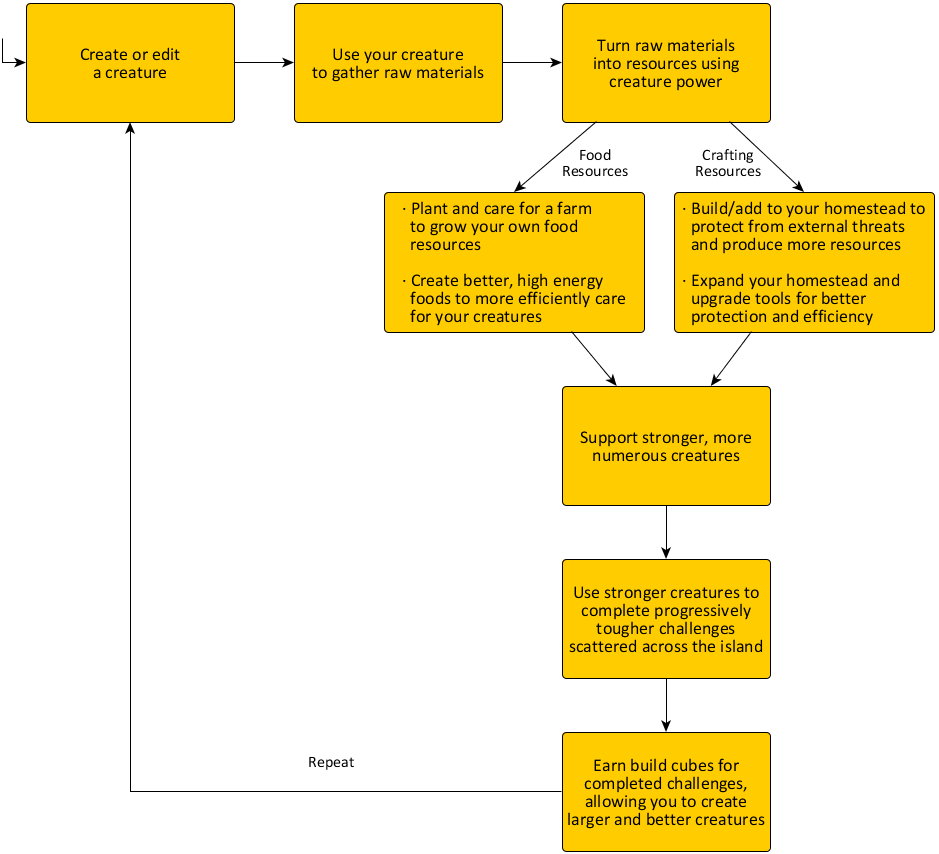 Here is a list of features we’re working on for the November release:

Of course, we’ll also be doing performance and optimization enhancements to help with lag, framerate, and other technical issues, as well as squashing bugs.

This next release, version 0.3.0, will be launched the week of November 21st (right before our Thanksgiving holiday here in the US). Until then, we’ll be posting more previews and requests for your input. We also plan to do regular Twitch livestreams so you can watch us work, ask questions, and give us your feedback on everything as we go.

After November’s update, there are more builds planned with even more new and requested features, like a big multiplayer update, flying, creature training, armor for your avatar, breeding, modding… lots of new stuff! The Roadmap has all that too, if you’re interested.

We really appreciate all of your feedback so far and like to think of you guys as our co-designers on CHKN, so we have a few specific questions for you about the next update to help us decide what content to add:

If you’d like to give us feedback on even more things, you can head over to our Community Feedback Trello board. You can add any ideas you have for the categories listed by commenting on a card. Comment away!

You can also post on our Steam discussion forums. We’re there every weekday to gather your feedback or talk about robodinochicktopusgoats.

And thanks again for all your support and help making CHKN grow. We hope you like what we have planned and we’ll share more soon.

Okay, back to work!
– Team CHKN