The Poachers are here! Prepare for battle!

The Poachers are here! Prepare for battle!

The Poacher update is here! After intense QA’ing the past couple days, we are happy to introduce you to your latest nemesis. We also have a few notes at the bottom about the update that you should definitely read.

Poachers will appear only in Adventure Mode. Look out for them on your first night! We recommend building and taming a creature, then using the whistle to attack poachers when they appear. Download the update to see the poachers in action! We have also made many structure improvements and bug fixes. 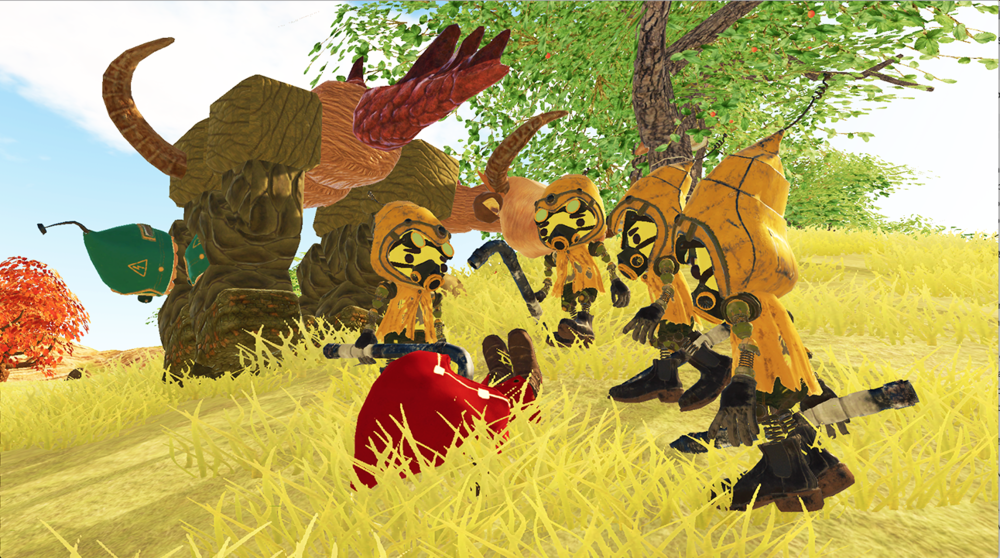 We have been mentioning that Greg was rewriting structures. First, let’s all give Greg a huge round of applause because he has been working tirelessly while also being a dad and doing dad things.

Greg has made many improvements to structures that make building feel and look much better. All attachables (chests, workbenches, beds, etc) do not snap around the floor grid, they move fluidly so you can place them wherever you want. Improved casting means you can place a wall on top of another while standing on the ground (beforehand you had to be above it). Windows are see through both ways now, yay! And fences act as walls (easier to build) and no longer explode into the sky! WOOHOO! Go Greg!

The save format has changed, so you will lose your progress that you have saved previously. We know this sucks and we apologize for this, but since this is Early Access and we are adding and fixing a lot with each update, you should be starting new games anyway to get the full effect of the updates. In the future though, you will not lose your saves anymore.

We also rewrote the entire networking library, so there is a new multiplayer version in, but we do not advise playing it. Play at your own risk, it is not tested.

We are already planning a patch tonight or tomorrow, so some bugs you experience right away might be fixed. We are on it!

We hope you all enjoy playing this update! Let us know what you think and if you have any questions. Happy Creating! And Happy Poacher hunting, MWAHAHHAAAAAAAA.